The Coronavirus Aid, Relief and Economic Security (CARES) Act provides a number of financial resources to help small businesses affected by the COVID-19 pandemic. The U.S. Small Business Administration COVID-19 webpage provides a comprehensive list of the programs, some of which are highlighted below.

Recently, a local resident related the following incident. She had paid off her car loan the month prior and received a phone call from a woman noting that her vehicle’s extended warranty — which had been purchased at the time she purchased the car — was going to expire. The caller noted they had sent numerous letters warning of this eventuality and hadn’t heard back from her, so the warranty would expire if she did not renew it that day. When asked … Continued

April 1, 2020 is the due date for Americans to submit the 2020 U.S. Census. It’s important to note that census scammers will contact people by phone, email, home visits or phony websites. To avoid census scammers please keep the following in mind.

An increasing number of new vehicles have safety technologies — such as automatic emergency braking, pedestrian detection, cameras and other sensors designed to help drivers avoid collisions. The National Highway Traffic Safety Administration (NHTSA) reported that 2018 had the lowest fatality rate since 2014 for those driving or riding in cars. However, the NHTSA also reported that the number of pedestrians killed rose 3.4 percent — and was the highest rate since 1990. In addition, the number of cyclists killed rose … Continued 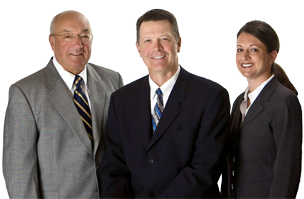