According to a report from the Center for Disease Control, Wisconsin has the highest rate of deadly falls for older adults in the nation — more than double the national average. Falls by those 65 and older led to 129,000 emergency room visits and nearly 16,000 hospital stays in 2017, according to the Wisconsin Department of Health Services. These fatal falls have increased by 50 percent from 2007 – 2016.

While the Wisconsin State Journal reports that it’s not exactly clear why the state has such a high number of fatal falls, they do note that researchers credit icy winters, excessive drinking and an older population than the U.S. average.

Building awareness about the high incidence of elderly falls is critical. While many would point to Wisconsin’s icy winters as a culprit — and most of Wisconsin’s deadly falls do occur in December and January — researchers note that many states with similar weather do not report the same rate of falls. And it’s worth noting that the majority of falls among older adults happen indoors.

Another factor is alcohol. Wisconsin leads the nation in excessive drinking, even among people 65 and older. Nearly 32 percent of elderly fatal falls in 2017 were related to alcohol. As people age, it takes less alcohol to become intoxicated and people tend to stay intoxicated longer.

The most common fall injuries for older adults are hip fractures, traumatic brain injuries and fractures to arms, legs, hands and ankles. Many of the deaths from falls occur days, weeks or months after the fall itself. Some simply don’t recover from the fall, or from surgeries or open wounds that result from the fall.

To help our elder population, it’s important to emphasize the following with those we know who are age 65 and above to help prevent falls: 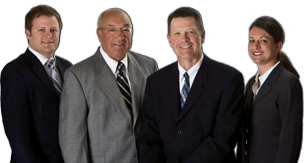