An increasing number of new vehicles have safety technologies — such as automatic emergency braking, pedestrian detection, cameras and other sensors designed to help drivers avoid collisions. The National Highway Traffic Safety Administration (NHTSA) reported that 2018 had the lowest fatality rate since 2014 for those driving or riding in cars. However, the NHTSA also reported that the number of pedestrians killed rose 3.4 percent — and was the highest rate since 1990. In addition, the number of cyclists killed rose 6.3 percent since last year, with female cyclist fatalities increasing by more than 29 percent.

A recent article examines this rise in pedestrian and cyclist deaths. The American Automobile Association (AAA) conducted tests to assess the safety features of vehicles. Cars with automatic emergency braking and pedestrian detection alerts were tested on a closed course with dummy pedestrians and hit the dummies 60 percent of the time in full daylight while going 20 mph. And the AAA found that the detection systems were “almost completely ineffective at night.” Now consider that 76 percent of the pedestrians killed in 2018 were hit at night. While advances in vehicle safety systems is a positive, it’s important that drivers not rely solely on these features.

The article notes that U.S. infrastructures need to be re-examined to provide pedestrians with sidewalks, ramps, crosswalks and bike lanes that can help reduce traffic fatalities — especially in urban areas which have seen a 34 percent increase in fatalities since 2009 (as compared to a 15 percent decline in rural areas).

In addition, vehicle design plays a factor in fatalities. In the past 10 years, the number of pedestrians killed by SUVs has risen by 81 percent. The greater horsepower, larger bodies and higher carriages of these vehicles are more likely to harm or kill pedestrians.

Finally, there’s the issue of driver distraction. While the number of fatalities linked to distracted drivers declined in 2018, it still accounted for nearly 8 percent of deaths.

We have a few blog posts about driver safety that you may find useful: 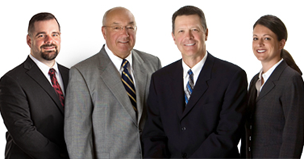